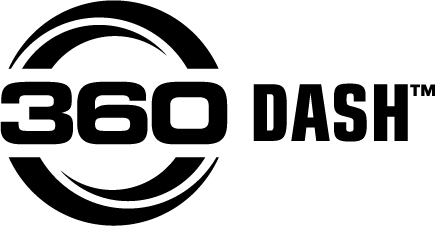 Increase the ROI on your starter fertilizer investment with the 360 DASH application system. 360 DASH lets you apply the maximum rate for yield response while trimming your starter volume per acre - and cost per acre - by 50% to 75%. Rather than a continuous stream of liquid fertilizer, the 360 DASH valve meters a two- or three-inch "dash" of fertilizer and positions it for rapid interception by seedling roots.

The "dash" is triggered by a passing seed. When the existing seed sensor detects a seed, 360 DASH fires a high-speed actuator. The 360 DASH needle valve controls the rate and pulses. Achieve accurate pulses of fertilizer at four to 10 mph and 2.5 to 15 GPA.

360 DASH includes a flow meter and filter. This meter is accurate over a wide flow range (.025 - .65 GPM) and is compatible with common liquid products (water, 28%, 10-34-0, biologicals and more). Each flow meter communicates rate to the 360 DASH valve, then through the wireless communications hub, back to the 360 DASH control app in the cab. 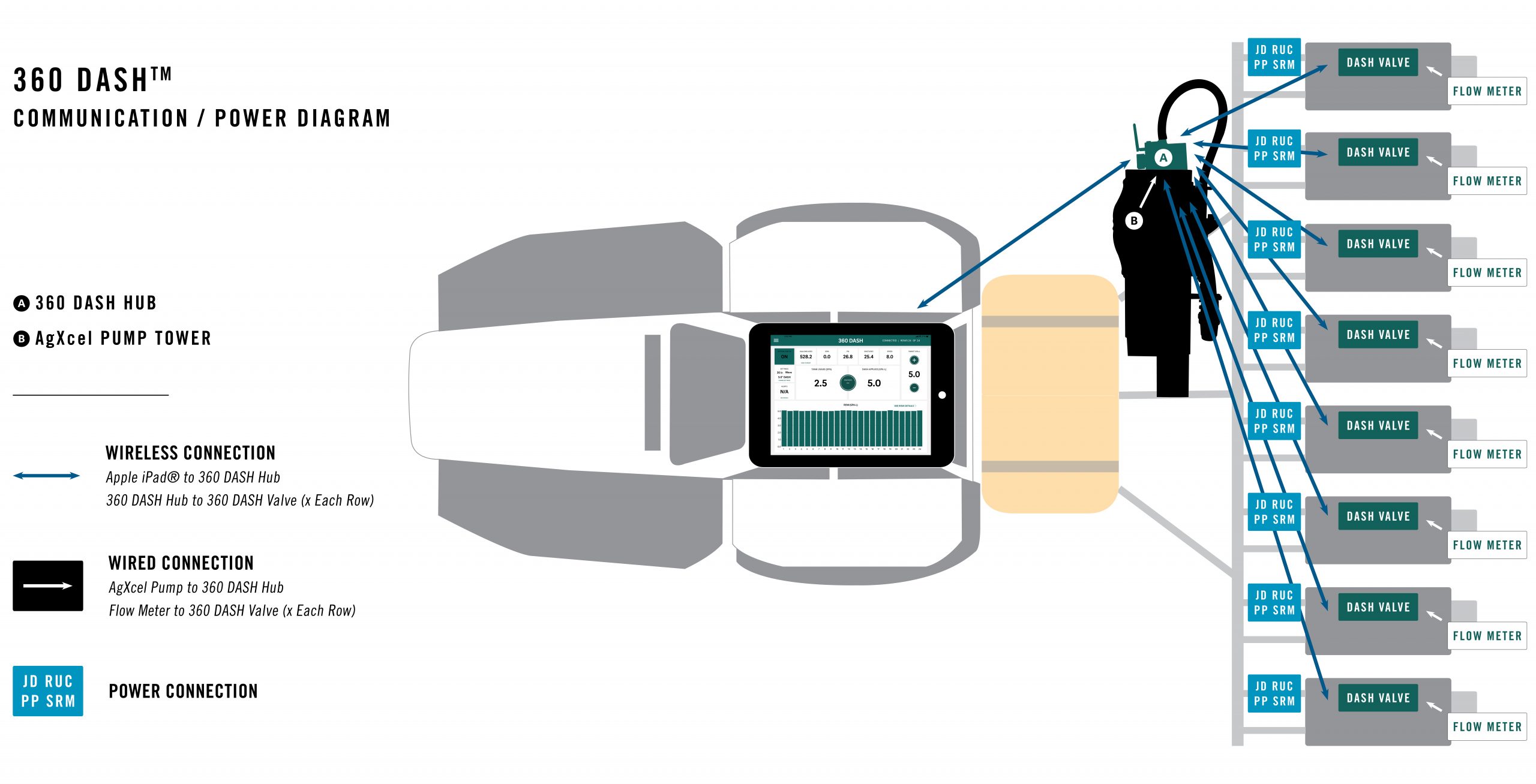 You have the ability to increase the seed-area concentration of starter without increasing the volume or rate per acre. For example, if your planned rate was 5 GPA, you can give the seed an effective rate of 5 GPA but only apply 2.5 GPA cutting your starter cost in half.

Or, for the same total starter cost for a five GPA rate across the field, 360 DASH allows you to concentrate that five gallons into a two-inch dash around the seed for an effective seed rate of 15 GPA.

360 DASH applies liquid fertilizer in a concentrated dash over the seed. Eliminating the less efficient starter between seeds - gaining the full benefit of the starter but with a fraction of the cost.

The 360 DASH valve can be used with a variety of starter application tools including the 360 WAVE and most Keeton Seed Firmers.

360 uses an AgXcel pump system with the "360 DASH Package" (sold separately) to ensure compatibility with the 360 DASH control app and to ensure uniform pressures and filtering.

Set up and control settings are simplified via the 360 DASH App on your iPad. You set the length of the "dash" and its position - on, between or next to the seed.

PAYBACK PLUS IN THE FIRST YEAR

Use these ROI calculators to see how quickly an investment in 360 DASH pays you back. Just enter your costs, your acres, expected yield increase and corn price. Test different yield responses and different crop prices to see how it impacts ROI.

Click here for side-by-side yield trials that can help you determine the yield increase to enter into the calculator.

For product price, either use the full cost of the product, or the incremental upgrade cost - the difference between the standard replacement part cost and the 360 upgrade parts.

360 DASH is in final testing and will be available for the spring of 2021.

How to Setup and Use the 360 DASH App – Printed Instructions