A corn plant takes up most of its nitrogen from a 7-inch radius. Improving placement by banding nitrogen fertilizer along the base of the plant leads to improve uptake.

In 2016, 360 Yield Center partnered with the University of Illinois using a tracer ion in a nitrogen solution called 15N to compare uptake efficiencies from various in season nitrogen applications. In this study, an application of 100 lbs. was broadcast applied prior to planting. When the crop approached V8, all applications of 100 lbs. were made with the 15N ion tracer incorporated in the UAN solution.

The Results are In: Increased Efficiency with 360 Y-DROP

It is important to note that this study focused on uptake only in the plant above ground. For example, with the 360 Y-DROP application, while it appears only 40% of the 100lbs applied nitrogen made it into the plant, that is only the amount taken up by the plant above ground. More of that nitrogen made it into the root system than what is shown in the chart.

Methods:
100 lbs N broadcast pre-plant
100 lbs 15N at V8 via one of the three application methods:

This protocol was replicated three times within the plot to verify the results. 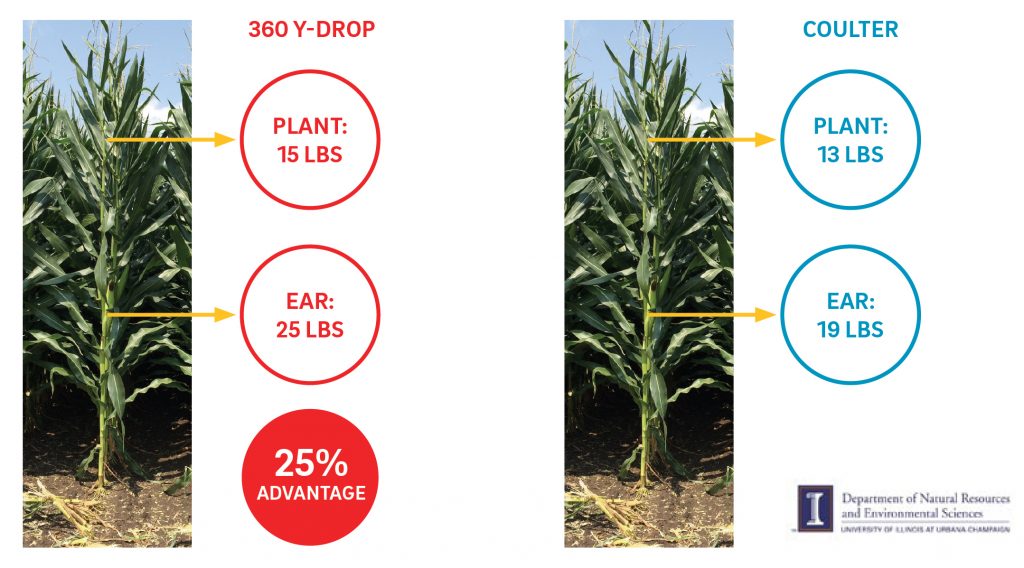