Data from our third field trial comes in from central Illinois comparing fungicide applied by 360 UNDERCOVER versus no fungicide treatment. In this trial, Priaxor? was applied via 360 UNDERCOVER at the V12 growth stage. Weighed checks showed a 25 bu/A advantage for Priaxor applied with 360 UNDERCOVER. The application stopped disease before it could establish itself in the lower leaves of the plant and helped account for a 25 bu/A response.

For more background on the trial, take a look at Jim Hedges’ presentation at Proving Grounds. And, stay tuned for our 360 Yield Center Yield Book, an in-depth analysis of our 2015 field trials, coming soon in early 2016. 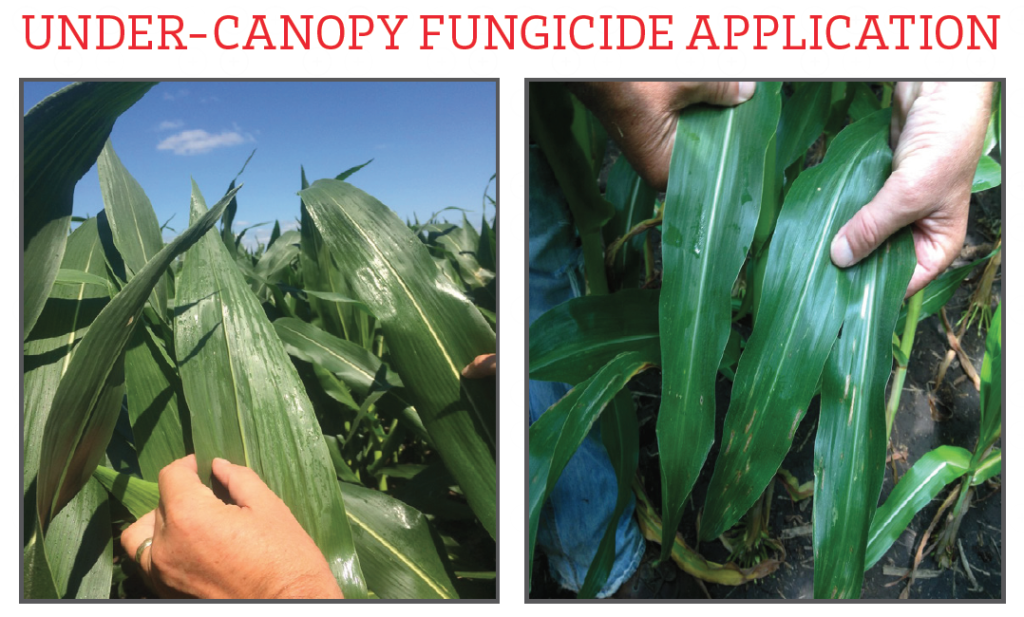